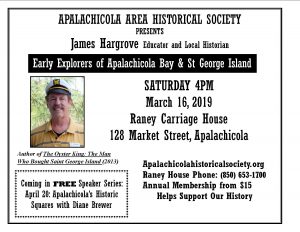 seafaring Spaniards sailed the coast of the northern Gulf, but since they had not found gold, the land was of little interest. The first recognizable map of Apalachicola Bay was drawn in 1696, although an island presumed to be St George was noted by a sea captain in 1693. In 1722 a priest set foot on the island after a shipwreck. Americans have adopted the names from the maps of Vicente Pintado around 1815.