You are here: Home / Events / 80th Anniversary of Pearl Harbor and Christmas During the War

80th Anniversary of Pearl Harbor and Christmas During the War 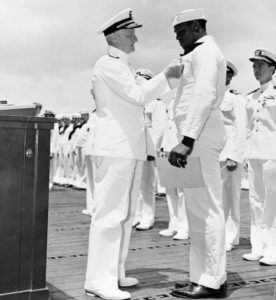 Camp Gordon Johnston WWII Museum in Carrabelle is presenting two special exhibits in the month of December. The focus of one exhibit will be on commemorating the 80th Anniversary of Pearl Harbor and the focus of the other exhibit will be on Christmas During the War. These two exhibits will open Tuesday, November 30 and be on display until Friday, December 31.  The museum is open every Tuesday through Saturday from 11 am to 5 pm and there is no charge for admission. (The museum will be closed Christmas Day and New Year’s Day.)

For this 80th Anniversary of Pearl Harbor, the Camp Gordon Johnston WWII Museum is presenting an exhibit commemorating this dark day in America’s history. World War II came home for the United States on December 7, 1941, when the naval and air forces of the Empire of Japan attacked the US Western Fleet at the American base Pearl Harbor, Hawaii. President Franklin D. Roosevelt called it “a date which will live in infamy”. Learn about those that planned the attack, the sole Japanese POW taken, and the heroic efforts by Doris Miller of the USS West Virginia to shoot down attacking Japanese planes. This attack resulted in the declaration of war with Japan and the US entering World War II. Luckily, the Pacific Fleet’s aircraft carriers were at sea on that day, and escaped damage to fight later. “Remember Pearl Harbor” became the rallying cry of Americans as they enlisted by the thousands and built up the immense industrial effort needed to achieve victory in 1945.

PHOTO ABOVE: Doris “Dorie” Miller, Mess Attendant Second Class, USN (1919-1943) just after being presented with the Navy Cross by Admiral Chester W. Nimitz, on board USS Enterprise (CV-6) at Pearl Harbor, 27 May 1942. The medal was awarded for heroism on board USS West Virginia (BB-48) during the Pearl Harbor Attack, 7 December 1941. Official U.S. Navy Photograph, from the National Archives. 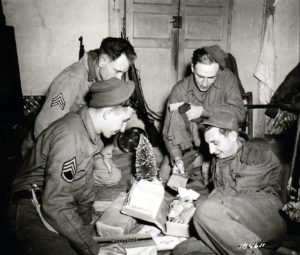