You are here: Home / Events / CGJ Special Exhibits: The Battle of Midway 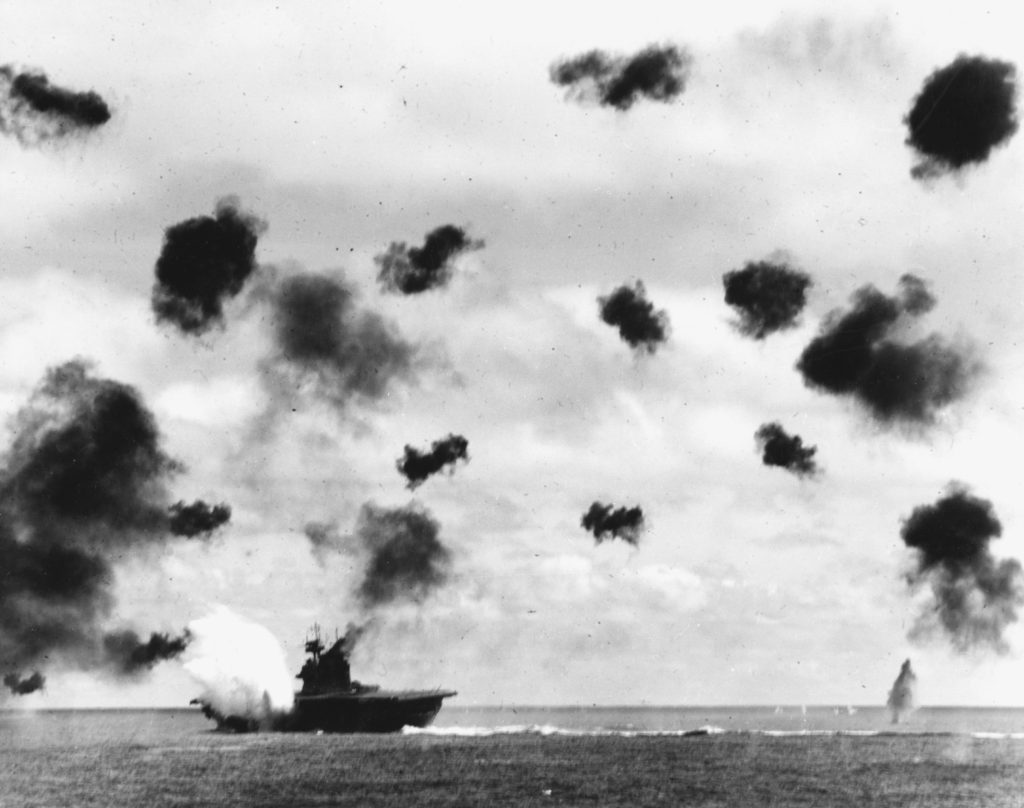 Camp Gordon Johnston WWII Museum in Carrabelle is presenting a special exhibits in the month of January on the Battle of Midway. This exhibit will open Tuesday, January 4, 2022 and be on display until Saturday, January 29.  The museum is open every Tuesday through Saturday from 11 am to 5 pm and there is no charge for admission.

The Battle of Midway was the inflection point in the fortunes of the US and the Empire of Japan. The failures of US Intelligence in December of 1941 to anticipate the Pearl Harbor attack were replaced by the huge success in identifying Midway as Japan’s next target. The destruction of many of the Japanese ships that carried out the Pearl Harbor attack was a much needed boost for US morale. In addition, this exhibit will cover how many of these ships have recently been discovered thanks to 21st century technology. Their power and menace are still visible in the images taken of them almost 80 years after their demise.

Special Exhibit on Operation Market Garden: A Bridge Too Far